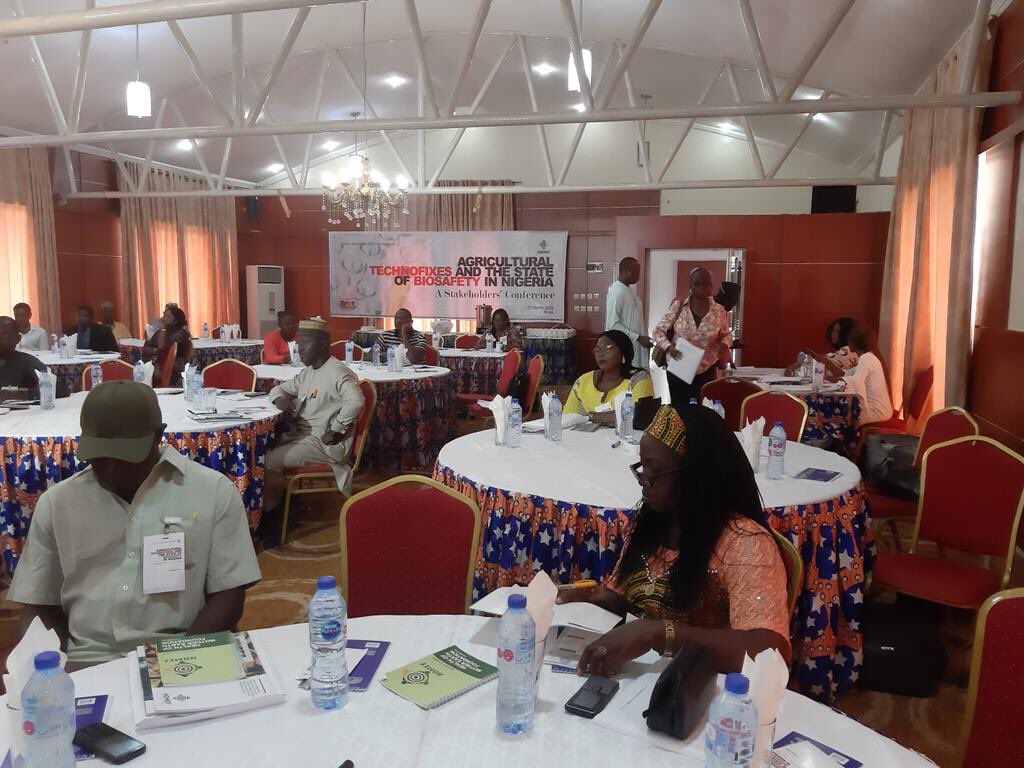 Technofixes and the State of Our Biosafety. A time like this demands and permits only sober consideration of where we are coming from, where we are and where we are heading to. The world is virtually shut down due to the ravages of a virus. This is no time for grandstanding or for anyone to claim that they have got anything under control. Interestingly, the virus is not a new organism. It has been around. It appears the consternation is over new variants that have emerged. If the virus has jumped to humans from bats, that would be a strong rebuke over the reckless ways that humans have degraded habitats of other organisms on the planet. If it has emerged from some biological weapons laboratory then it shows both the evil genius of humans and the strong warning that it is a short distance from rides on the back of a tiger and becoming dinner for the canine beast.

Addressing the issues of agricultural technofixes and the state of our biosafety gives us the template to consider the current situation in our world and the unpredictability of what could happen next. We are in precarious times. While scenario planners may have foreseen a pandemic of the scale that coronavirus has provoked, it comes as a total surprise to the average person.

We have had occasion to warn that things can go deeply wrong and out of hand if humans persist on toying with the genetic makeup of living organisms for the concentration of power in a few moguls, and for profit. Everyone knows that Nature is alive and active. She is not dormant and always responds to the manipulations of men. And so, when humans engineer crops to make them act as pesticides, Nature offers super pests or super bugs. When toxic herbicides are produced to kill all other crops except the ones genetically engineered to withstand them, Nature responds by offering super weeds. In either case, humans get trapped in needless and unwinnable battles against Nature. Today many farmers in the USA are suing Monsanto/Bayer over their exposure to one of the most notorious of these herbicides, called Roundup Ready. They are suing because they claim the glyphosate in the herbicide caused them to suffer from cancers. These herbicides are freely available for our farmers in Nigeria without any warnings.

Recently the mainstream genetic engineering has progressed to the level of editing genetic makeup of organisms and not necessarily having to engage in trans-species transfer of genetic materials. This has focussed on becoming extinction technologies – useful for killing off undesirable species and supposedly clearing the way for preferred species to thrive. This technology is the one proposed for gene drive mosquitoes to be released in Burkina Faso and possibly also in Uganda.

While modern biotechnology promoters like the National Biotechnology Development Agency (NABDA) and the regulator, National Biosafety Management Agency (NBMA), feel confident that they can handle any sort of technicalities in both the mainstream and new fields of extreme technofixes, we are deeply concerned that their grandstanding would not stop the purveyors of these technologies from weaponizing them.

The current pandemic has often been described as warfare. The subtle implication is that the virus could well be a biological weapon. Whether it is a biological weapon or just a freak occurrence in Nature, some of the countries most affected by the outbreak and governments have had to rely on the armed forces as the only institutions that can mobilize the amount of resources needed to tackle the scourge. Do we have a military that can mobilize to tackle a biological attack or accident in Nigeria?

We are in precarious times indeed. It is a time when fear and panic are freely propagating terror among populations. We see the generosity of men on display as some donate needed medical supplies and health workers expose themselves to great risk to help the sick. We hear calls of mutual support and care among nations. In the midst of all that we see the drive for self-preservation that brings out a non-cooperating side of peoples and nations. We see this through the closing of national borders and promoting national interests before any other consideration. What we are seeing seems to say that when the tyre hits the tarmac it is everyone on his or her own.

For the few days that humans have been forced to be quarantined or restricted by lockdowns, Nature has begun measures of self-healing. The air is getting fresher in some cities and water bodies are getting clean again. Aquatic ecosystems are coming back to life, just because humans have been restrained to their habitats or homes. Do we have to wait until a disaster before we rethink our ways? Do we need a total breakdown of our biosafety before we wake up to the fact that when disaster unfolds propaganda will not erase the challenge?

These are some of the questions we need to ask ourselves. Nigeria took the wrong step by setting up a biotechnology promoting agency before setting up a biosafety agency. By the reason of the promoter midwifing the biosafety agency and consolidating this scenario by law, separating the two has become a herculean task. The truth is that this situation will only be resolved through legislation and through having a biosafety agency that is neutral, regards the opinion of citizens and accepts the basic biosafety plan of precautionary principle.

In the global north, one of the platforms on which GMOs have been permitted to be allowed into the markets has been that they must be labelled. We have painstakingly explained that because of our socio-cultural setup it is impossible to effectively label GMOs in Nigeria. Genetically engineered beans have been released into the environment and we all know that no one will label and give citizens a choice between eating akara or moi moi made from this variety of beans. Genetically modified cotton has already been introduced into the environment. Our people will eat cotton seed cakes and oils without the slightest inkling that they are consuming GMOs. Where is the choice? We have surveyed the markets for imported GMO products, and several have been found, proudly displaying NAFDAC approval numbers. Did these products pass through the approval processes before they were sold to our people?

Our regulators require to accept that they are not infallible and that they need help. Even the Supreme Courts do meet sometimes to review themselves. Biological weapons facilities are sometimes forced to shut down for decontamination exercises when accidents occur before they dare to reopen.  We cannot keep running blind-eyed to technologies that portend so much danger and for which there are viable and proven alternatives.

Welcome words by Nnimmo Bassey, Director Health of Mother Earth Foundation (HOMEF), at the Stakeholders Conference on Biosafety hosted by HOMEF and holding on 23 March 2020 in Abuja