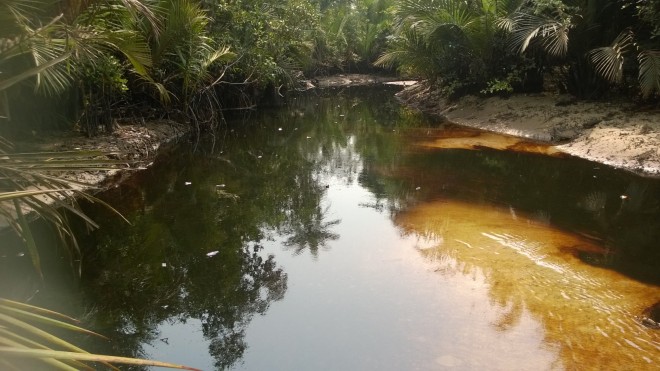 The world has been fatally seduced by petroleum. Multiple oil spills continue unabated in the oilfields of the Niger Delta. While the oil companies claim that they have bettered their sense of responsibility by detecting and remediating oil spill sites, these largely remain tales for the gullible. For communities whose soil, water and air have been assaulted for decades, hopes of having a safe environment, as suggested in the Objectives of State in Chapter 2 of Nigeria’s 1999 Constitution, or as clearly stipulated in Article 24 of the African Charter for People and Human rights, remain but pipedreams.

It has often been said that provisions of Chapter 2 of the Nigerian Constitution 1999 – whether amended or non-amended versions are not justiciable. The cavalier treatment of the environment in the constitution underscores the lack of consideration of the fact that the state of the environment directly impacts on the quality of life of our peoples. One would expect that in a society where the majority of citizens live on and derive their livelihoods directly from the environment, environmental rights would be expressly justiciable.

Sadly, in instances where officials have thought of taking actions to improve on the quality of the environment, the attention has been on the draconian locking down of states from 7 to 10 am on the last Saturdays of every month. That so-called Environmental Sanitation is a relic of the dark days of military rule when the State could easily avoid its duty and foists the burden on hapless citizens.

The cavalier treatment of environmental concerns has seen the dramatic trashing of the Nigerian environment and the related destitution of the people. The filth around us is so pervasive it takes wilful blindness for anyone to avoid seeing them. Plastics dumped everywhere. Trash thrown out of windows of exotic cars. Makes you cringe.

The state of the creeks and swamps has been emblematised by the Ogoni environment. However, that in fact is like more than half the story not being told. Reports emerging from Bayelsa State are very worrisome. One case is the gas/condensate leakage that is suspected to have happened due to third party interference on a pipeline operated by the Nigerian Agip Oil Company (NAOC) on 28th July 2019 in the Taylor Creek at Kalaba Community in Yenagoa Local Government. A field report by Alagoa Morris and Akpotu Ziworitin of Environmental Rights Action informs that the spill has remained unattended for 7 incredible months after the fact of the pollution. The spill persists unattended as we write this.

Overall, the petroleum civilisation has seduced humanity to think that there are no viable alternatives to crude oil and its many derivatives. Feeding this myth means accommodating unconscionable ecological degradation, including climate change, as a minor price to pay.

The report quotes an official of the community as saying, “The situation is posing threat to lives, as people pass through that area to their farms and lakes. We are urging Agip to come and do something; by clamping and clear the environment of crude oil so that our lives and livelihood would be protected. Right now, they are not protected. The leadership of the community has reported to several authorities concerning the spill. But even at that, there has been no communication so far in respect of this spill. I don’t know the intentions of Agip; whether to crucify us through this process or to suffer us through this process.”

Obviously, extreme pollution is not limited to Nigeria. Oil fields and locations of toxic industrial installations are more or less crime scenes. Crimes against Nature and against communities and individuals. They are locations of environmental racism as well as other forms of irresponsible exploitation. It is time that nations pay attention to how the South African Environmental Protection Agency captured the essence of environmental justice in these words – “no group of people should bear a disproportionate share of the negative environmental consequences resulting from industrial, governmental and commercial operations or policies.”

The Environmental Protection Agency of the USA defines environmental justice as “the fair treatment and meaningful involvement of all people regardless of race, color, national origin, or income with respect to the development, implementation and enforcement of environmental laws, regulations and policies.” Citizens have to collectively push for the operationalization of these and similar policies. At present we see that in many countries these declarations are little more than mere platitudes.

One country that can be said to have impacts comparable to Nigeria in intensity of pollution, if not size, is South Sudan. According to reports, the country currently produces about 166,000 barrels of crude oil per day compared to the production level of about 350,000 barrels per day in 2013 – before civil war broke out. Although the country has just signed another peace agreement, the pollution continues, just like it did in Nigeria after our government declared amnesty for militant agitators in the Niger Delta.

Politicians are addicted to extractivism. They do anything to keep oil and gas flowing through pipelines. It matters little what happens to the environment or to the people as long as sufficient quantity of hydrocarbon courses through the pipes to draw in the quantum of petrodollars required for their political projects. If it were not for this attitude, an environmental emergency would have long been declared over the incredible pollution and decimation of the Niger Delta.

The oil flows when the Earth bleeds. Those words from a poem I penned tells half the story of pain. The oil flows as the people bleed. Polluted creeks, swamps and lands are accepted as normal. Birth defects, cancers, premature death and all kinds of anomalies reign in the fields from where oil companies and their cohorts drill billions of petrodollars.

Overall, the petroleum civilisation has seduced humanity to think that there are no viable alternatives to crude oil and its many derivatives. Feeding this myth means accommodating unconscionable ecological degradation, including climate change, as a minor price to pay. However, all is not lost. The petroleum civilisation will have an end. And that end is near. It is for humans to decide if we want an orderly transition or a haphazard and cataclysmic one. The end is inevitable. Like any other addiction, the first step out is to make a decision to quit and to see the horrors in the oil fields as well as the impacts of global warming as challenges that need to be tackled head on.