Our conception of ownership of any piece of the Earth depends largely on our relationship with the Earth. When land is treated as a commodity, as an article of trade, conflict becomes inevitable. This is the driver of the call for the formalization of land titling and ownership — a means of personal acquisition and dispossession of others based on the strength of the individual’s financial or political strength. In this context the value of land is seen in its geology or fertility.

When land is seen as territory, or through a communal lens, the idea of private ownership or trading of land becomes unthinkable, because, in this case, land is a vital piece of cultural life and not just as an object of exploitation, trade or transformation. In other words, you can sell land, but you cannot sell territory. Seeing land as a non-tradable object consolidates the notion of persons as sons or daughters of the soil, as inextricably tied to their territories in all ramifications – including socioculturally.

Farmers and pastoralists see land in distinctly different ways than speculators and governments do. Consider the idea of laws governing land as a resource. Whereas communities of peoples, whether farmers or pastoralists, see land as an integral part of their lives, economic reproduction and culture, governments see land as a thing that should be appropriated and utilized mostly for its economic value. Nigeria’s Land Use Act of 1978 concretizes this concept and takes the sense of oneness with the soil away from vast numbers of our peoples. With a stroke of the pen, government can disposes and displace individuals or communities from their territories, take over from, or hand over to, others. However, government does not just take over lands. Those who had claims over such territories are compensated for their loss. This compensation is for economic crops or improvements that such persons may have brought to the land.

Improvement or transformation – that is the key. And where nothing of the sort is found on the land, the dispossessed is left with no claim. It is not difficult to see why the Land Use Act is supposedly inviolate in the 1999 constitution of Nigeria. To the herder, the fact that he had moved away from a place does not render that place of departure a no-man’s land. To the farmer, the fact that he has left a parcel of land fallow, does not mean there is no improvement on the land as the very act of having fallow land brings about soil improvement.

The matter we are examining today relates to the question of whether we see our piece of the Earth as a commodity or as territory.  It is a matter of our relationship with Nature. Is our piece of the Earth defined by a surveyor’s beacon stone, or is it what defines our lives? Is it what we relate with deferentially or what we cut in pieces and trade as we please? The relationship of humanity to the Earth has brought about much harm, the most critical at this point in time being climate change evidenced by global warming.

Without doubt, the world is fed by farmers, pastoralists and fishers. And these are the small holder or family farmers. Industrial food production, as one world expect, largely feeds industry – maize produced this way goes largely to serve as animal feeds and others into biofuels production. Industrial fishers trawl our seas and harvest species into extinction. In all, 30 to 50 percent of food produced in the world today goes to waste, while over 850 million persons go to bed hungry every day.

Let us emphasize that the impact of climate change gets worse by the day and cannot be wished away. We see the impacts through shrinking water resources (such as Lake Chad), increased desertification and loss of land through coastal and wind erosion. Add to these continued deforestation and massive pollution of our water resources and it is clear that we have a crisis situation. The crisis that takes the headlines, however, is the deadly conflicts between herders and farmers in our country. With a high rate of fatalities and a cycle of attack and counter attacks, the trend seems set to continue. Should it?

Conflicts between herders and farmers are not inevitable. We must agree that this is a recent phenomenon both in Nigeria and in other African countries. If that is so, we have to interrogate the causative factors propelling this unwholesome development. What are the economic roots and what role does careless relationship with the Earth play, especially with regard to the preservation of our forests and grasslands? Why are we not utilizing the symbiotic relationship of animal husbandry and farming – where animals help fertilize the soils of fallow lands that also serve as pasture?

If climate change escalates the movement of herders, is migration the only way to mitigate the impacts? Would better soil and water management impede the rate of desertification in Nigeria? If the Great Green Wall project restores its area of focus, would that reverse the migration and conflicts? What are the lessons, (for example of land restoration techniques used in neighbouring countries) that groups like CORET sharing among pastoral groups across the Sahel and what is the interface with farmers on soil fertility and peace building efforts? Are there cultural practices and political factors that lock in the crises? 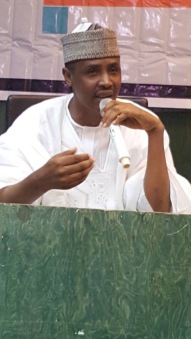 We are gathered to share knowledge and contest ideas around issues of climate change, pastoralism, land and conflicts. The cooperation of HOMEF and CORET to bring about this conversation today is the beginning of a series that we will continue to have because we believe that when there is clear understanding between farmers and pastoralists a big part of reasons for conflicts will be eliminated.

This is a unique gathering today. We are grateful to all the herders and farmers in our midst today. We are thankful to the distinguished personalities here today. We do not expect to tease out all the answers at one sitting. We, however, believe that one beginning step is to have a learning space and a conversation.

So, let the conversation begin.

Opening words by Nnimmo Bassey, Director, Health of Mother Earth Foundation (HOMEF) – the ecological think tank – at the Sustainability Academy co-hosted with the Confederation of Traditional Herder Organizations in Africa (CORET) on 18 October 2017 at the International Conference Centre, Abuja.

Health of Mother Health Foundation (HOMEF) in collaboration with Confederation of Traditional Herder Organizations in Africa (CORET) convened the 10th Sustainability Academy on building deeper understanding of the underpinnings of the intense manifestations of conflicts between Pastoralists (herders) and farmers in Nigeria through the lenses of climate change, land and resource access and ownership. The meeting was attended by stakeholders in the sector and included pastoralists, farmers, government officials, diplomatic community, community people, members of civil society and the media.

Discussions on the subject matter were preceded by two presentations which instigated discussions among participants after an overview from the convener, Mr. Nnimmo Bassey who stressed that the gathering was for the sharing of knowledge and finding ways by which the conflicts occasioned by climate change can be addressed.

The first presentation was delivered by Mrs Priscilla Achakpa titled: Climate Change, Pastoralism and Land Conflict: The Gender Perspective, while the second presentation by Mohammed Bello Tukur Esq on the topic climate change, pastoralism and land conflict. was made by Jaoji A. Alhassan on his behalf.

After exhaustive discussions on the issues raised in the presentations, all the participants agreed that climate change is a global threat to human security and it impacts are contributory to conflicts in Nigeria. The Academy noted that pastoralists, farmers, women and children are some of the most vulnerable groups in Nigeria.

To address the impacts of climate change and prevent incessant crises between farmers and herders that arise as a result of land and other environmental issues, the Academy recommended as follows: