In his statement before execution, Ken Saro-Wiwa declared: we all stand before history. Today, in another sense, we all stand at the brink of history. We stand at the line denoting the fact of the justness of the historic, determined and heroic calls for a clean up of Ogoniland and the entire Niger Delta.

The submission of the UNEP report on the assessment of the Ogoni environment in August 2011 laid to rest any doubts anyone may have had over the degree of hydrocarbons pollution in the Ogoniland, and by implication the Niger Delta. That scientific work proved to the whole world that Ogoniland has suffered extreme pollution and by interpretation that the response ought to be one of environmental emergency. For years down the road, there has been nothing concrete beyond signposts to indicate that this signal was understood by government. 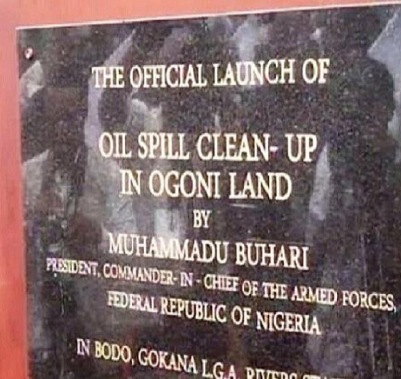 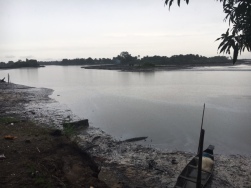 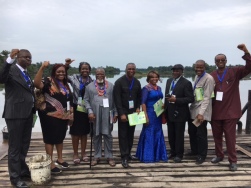 Today we salute the memory of the Ogoni 13 and all that have laid down their lives, lost their limbs and were displaced in the hard and long years of struggle for justice. Today we stand in solidarity with our peoples who still breathe air loaded with hydrocarbon fumes, drink water laced with toxic chemicals, fish and farm in polluted lands. Today we recall a fragment from one of the letters Ken Saro-Wiwa wrote during his last imprisonment and note his cry for environmental justice:

I’m not going into partisan politics. What I meant is that I would be taking a wider role in the nation’s affairs—expanding the Ogoni struggle to other parts of the delta and beyond. I could never be a part of whatever Abacha is planning for the future. What I want to see, and what I will always argue for is ERECTISM — ethnic autonomy, resource and environmental control. If this comes to pass, then Ogoni will be free and it is to them that I wish to dedicate the rest of my life. And I hope that that can be an example to other ethnic groups. The translation of my dreams into reality. Nothing to do with partisan politics.[1]

With decades of extreme hydrocarbons pollution, the environment of Ogoniland and several places in the Niger Delta has been out of control. The environment that ought to provide the backdrop for life, safety and progress, indeed turned hostile, becoming an impediment to the enjoyment of the right to life.

Today we applaud the courage of President Muhammadu Buhari as he flags off the cleaning of the environment of Ogoniland as the pathway to the detoxification of the Niger Delta environment. Taking this step at a time such as we are in is a mark of commitment that we must salute.

I believe that civil society and concerned peoples of this great nation, will pledge to work to see that this is not a mere political event, but one that is adequately funded, systematically pursued and implemented with clear targets and milestones, with best available expertise and with the full inclusion of local communities. As we commit to do this, we keep in mind the stanza of our national anthem which declares: the labour of our heroes past shall never be in vain.